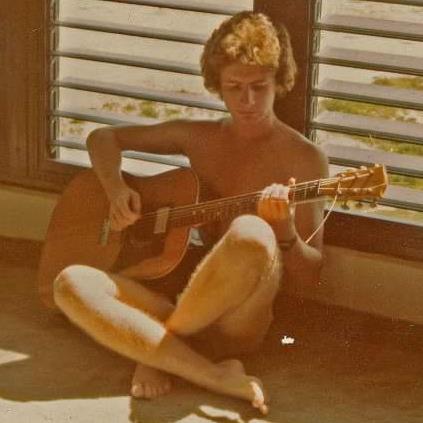 My father has stage 4 kidney cancer. They were able to remove the kidney, but the cancer spread to his spine and rib. Ricardo is now being treated with extremely expensive and debilitating medication. The financial burden, even after insurance, is more than he can manage alone, as my Dad runs and operates his own small business. He can no longer support himself alone, but that’s where we come in. With the help of friends, family, and the kind generosity of strangers, we can my amazing Father beat cancer.

Ricardo has stage 4 kidney cancer that has spread beyond his kidney and is undergoing targeted treatment to treat the metastasis. The costs are overwhelming and due to side effects of the medication, he isn’t able to operate his small business full time. Because of this, it has been near impossible to cover the cost of the monthly insurance payments. We are asking for financial support so that Ricardo can adjust to the treatments and keep up with the medical costs.

It began on October 20th at 2 am Ricardo found blood in his urine. The next morning Analia, his wife, took him to the hospital, where a doctor told them that Ricardo’s symptoms could either be as simple as a kidney stone or as severe as cancer. A scan discovered two masses in his kidney, one 7 cm and the other around 5 cm, as well as a metastasis of 4cm in his rib. One mass in the kidney appeared to touch the vena cava, a large vein that runs directly to the heart and could rapidly spread the cancer. The ER informed him that he would need surgery and an oncologist immediately and transferred him to Jackson Memorial Hospital via ambulance.

At Jackson Memorial, the doctors offered no clear course of action and were slow to schedule the scans and surgery needed. At one point, they nearly gave Ricardo a type of CT scan that could have caused his only healthy kidney to fail. Fortunately, a close friend then connected Ricardo and Analia with a urologist, who said that the surgery he needed had to be much sooner than the other hospital was scheduling for. They were then connected with one of his most trusted surgeons, who ordered a PET scan and an MRI with IV contrast, which would keep his healthy kidney safe. His surgery was then graciously scheduled for the end of the week. The operation demanded three surgeons: one to remove the kidney, another cardiovascular specialist to treat the vena cava, and an internal medicine expert in case the tumor had attached to any intestines or the liver.

After three hours of high-risk surgery, the doctors informed Ricardo’s family that they successfully removed his entire kidney and the renal vein, with no damage done to the vena cava. He remained hospitalized for a grueling week to recover from post-surgery complications including arrhythmia and a blood transfusion. The ordeal left Ricardo with 54 staples on his stomach and one less kidney, though happy that everything went well.

Despite the success of the surgery, his cancer is still considered Stage IV because it metastasized in two inoperable locations outside of the kidney: one spot on his rib and another on his spine. To treat these, he is on a targeted therapy that blocks the signals in cells that grow and spread cancer. It’s the first of several possible treatments, but side effects are severe, including extreme nausea, vomiting, drowsiness, fatigue, fever, pain and swelling of the limbs. Due to side effects, Ricardo is only able to stay up and active for a couple of hours at a time.

Before the cancer, Ricardo was the main breadwinner for the house, and now Analia is in the position of caretaker as well as main income with her modest teacher salary. Because of the treatment, they had to change Ricardo’s health insurance plan (provided through Obamacare) to an option that costs over $500 a month. This price is completely outside of their budget if Ricardo is unable to work at the capacity he used to due to the treatment’s side effects, but with out the insurance cost of treatment is $15,000 a month. In addition, the costs from the surgery as well as ER visits have left them with thousands of dollars in medical bills.

Many of you have asked how you can support our family in this time, and we are asking for financial donations to help cover the costs of medical bills so that our beloved Ricardo can work at the pace he can as he adjusts to the symptoms of his treatment. Any amount greatly helps.

Thank you!
-The Bellizzi’s and the Sanchez’s